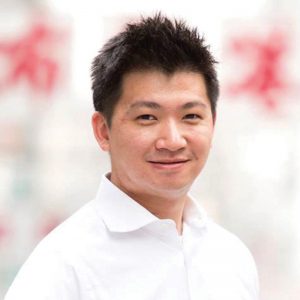 From 2010-2013 he served as percussion solista of the Macao Orchestra, a position appointed by Maestro Lü Jia. Since 2008, he has been actively performing with the Hong Kong Philharmonic Orchestra and the Hong Kong Sinfonietta as an extra percussionist, including in subscription concerts, TV broadcasts and a tour with Edo de Waart and Yip Wing-sie; he was an intern with the Four Gig Head Percussion Group, and he performed with the Qatar Philharmonic Orchestra with Han-na Chang Conducting. In 2007, he performed and toured with the Pacific Music Festival Orchestra, and in 2006 he performed with the Asian Youth Orchestra. In 2005 he participated in the Aspen Music Festival on a full scholarship, where he worked with Benjamin Herman, Dallas Symphony’s Douglas Howard and Philadelphia Orchestra’s timpanist Don Liuzzi. He made his Davies Symphony Hall debut in the same year with the San Francisco Symphony Youth Orchestra with Benjamin Shwartz conducting. During his tenure with the SFSYO youth orchestra he worked with Kurt Masur and Michael Tilson Thomas, Siu also served as Opus Teaching Artist for the San Francisco Symphony’s outreach and education programs.

Siu received his music education at Sydney Conservatorium of Music, The Chinese University of Hong Kong and San Francisco Conservatory of Music. He studied with Hong Kong Philharmonic timpanist James Boznos and was a scholarship student of Jack van Geem and David Herbert of San Francisco Symphony. He was also invited to study with Paul Yancich at the Cleveland Institute of Music. Other mentors included Rebecca Ng of City Chamber Orchestra of Hong Kong, Mark Robinson of Sydney Symphony, and Alison Eddington of Synergy Percussion.