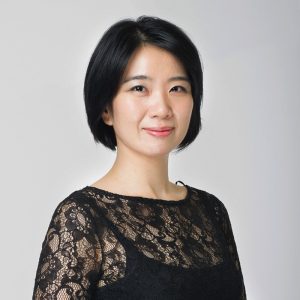 Cha earned the Performer's Certificate and her Doctorate of Musical Arts with Professor Nelita True at Eastman School of Music upon the Hong Kong Jockey Club Music and Dance Fund. She is a regular adjudicator at local and international piano competitions, and was a presenter of RTHK Radio 4 programmes Chamber Fragrance, Debussy Recollection and Non-Stop Classic.